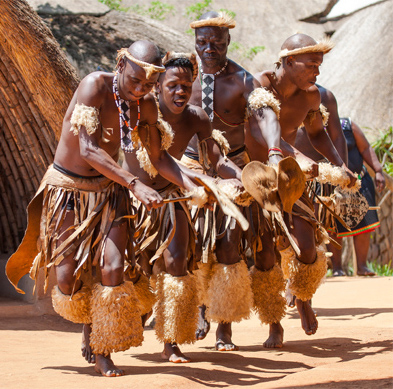 The Zulu people represent the largest ethnic group in South Africa, whose culture is the best known.

In the history of the country, the dance has all its importance. At first, it was a form of celebration for ancestors and warriors. Later, during apartheid, despite the lack of means and prohibition, it was a clandestine form of expression and a way to escape tough reality.

Today, music and dance still have a big significance among the Zulus, known for their beautiful voices and sense of rhythm. Zulu dance is therefore very rhythmic. It is practiced by men and women, dancing in separate groups. One group responds to the other by singing, whistling and clapping their hands. The men often animate their choreography with gestures of battle and hunting. The Zulu dance is punctuated by different string and wind instruments, but the most important ones are the traditional drum and whistle.